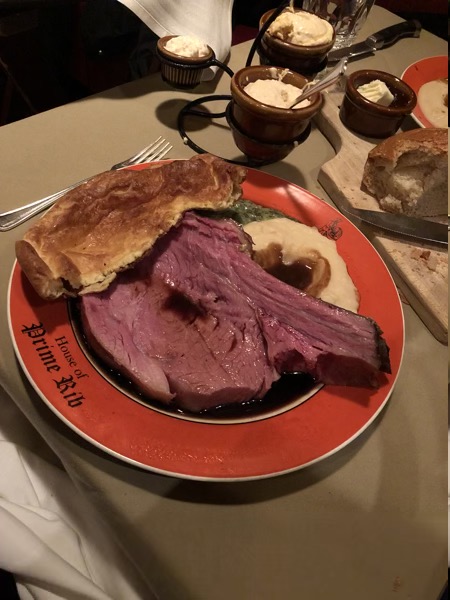 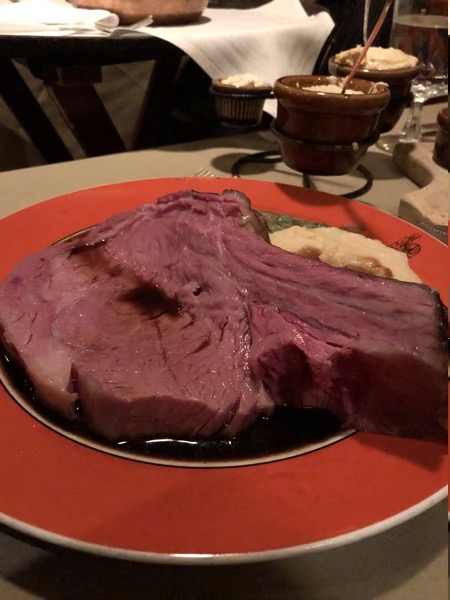 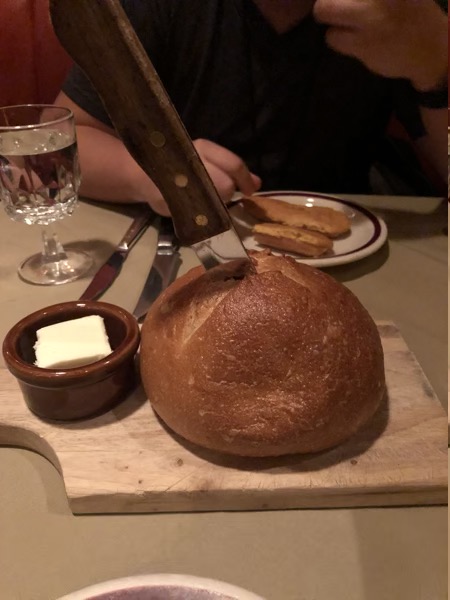 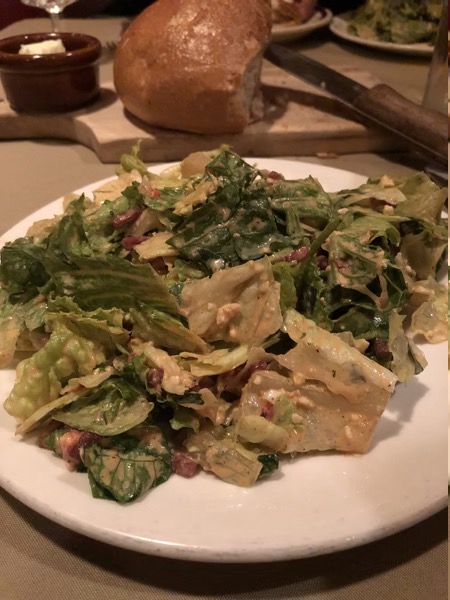 It was almost pure luck getting a reservation at the House of Prime Rib. I was talking to a friend earlier that day about grabbing a steak for dinner and whimsically decided to see if the House of Prime Rib had a seat open that night. Lucky me, there looked like there was an opening for 6:30. Prime-time. Probably someone cancelled, but no sweat, I can take their place.

The House of Prime Rib is a San Francisco institution. Founded back in 1949 it has been serving some of the best prime rib that could put Smith and Wollenskey’s in contention. The menu is pretty straightforward: You have 5 choices of prime rib, or the catch of the day (Pescatarians take note). You have the small “The City Cut”standard “House of Prime Rib Cut”, a thinner “The English Cut”, a children’s prime rib dinner complete with milk and ice cream (not on the steak), and the king-sized King Henry VIII Cut. You can imagine what cut I got (hint, it’s the big one).

The accompaniments with the Steak are nothing to gawk at either, from fresh baked bread and cornbread, tableside prepared salads, mashed/baked potatoes, yorkshire pudding and cream of spinach you know you’ll have a feast. If you’re still hungry after that, they’ll even throw in a free extra slice of prime rib as long as you ordered anything but the The City Cut.

After gorging on some accompaniments, you get a main dish, a 21-day aged prime rib cut. The beef succulent and the sauce dripping from any corner. My tablemate utilized the bread they gave us to lap up all his sauce, surprising me as I thought he had washed his plate clean! After the steak, you can settle yourself with some ice cream. Though I was too full for that.

House of Prime rib is an excellent spot for prime rib and all it’s accompaniments. Come early or reserve fast, prime times at this place book up to a month in advance. You’ll see why when you try it out. 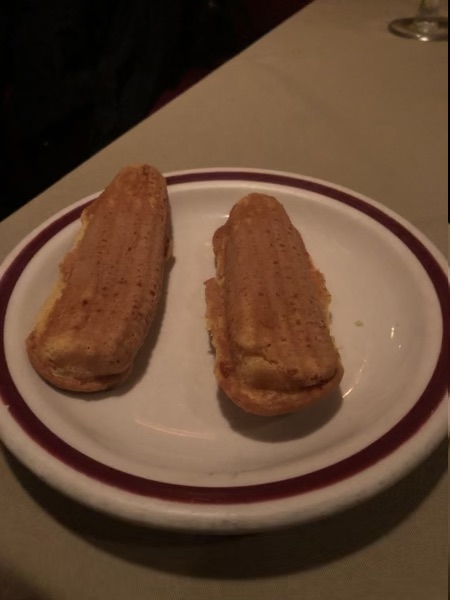 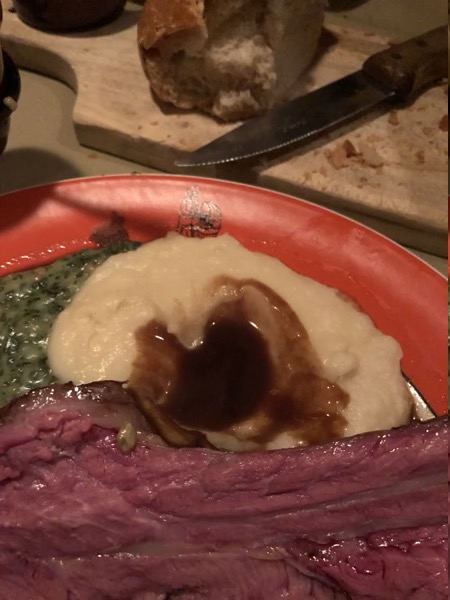