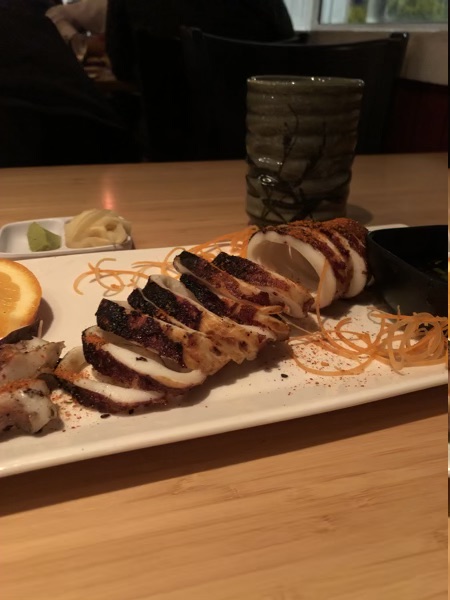 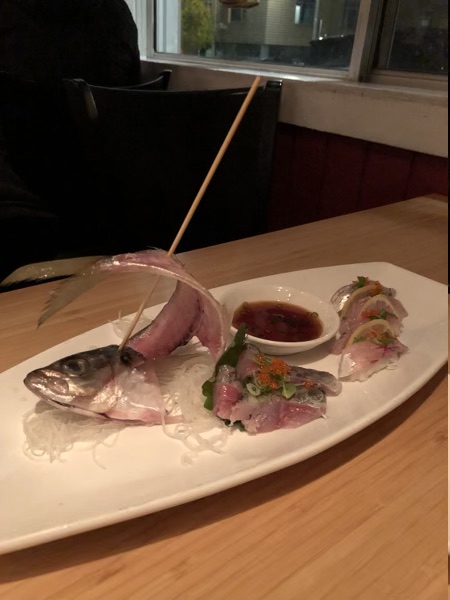 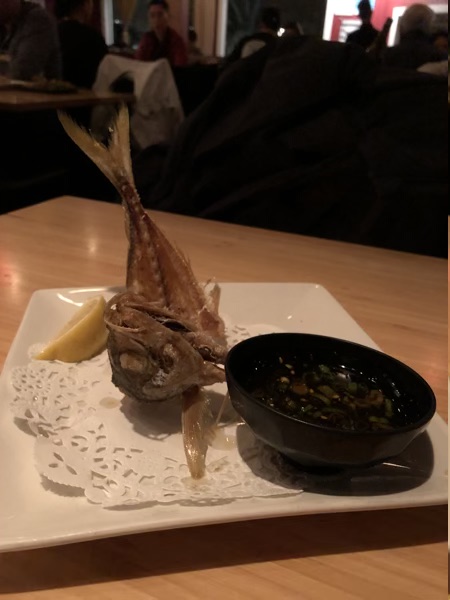 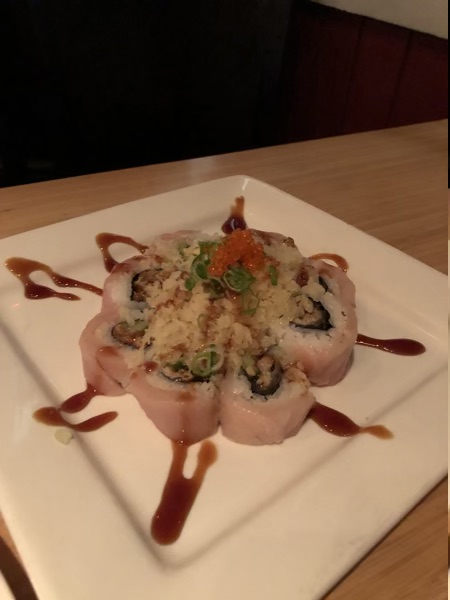 Located just north of the Design District in San Francisco, Live Sushi Bar brings us a casual form of sushi that can be great for a simple night out. Live Sushi Bar is actually one of three sushi restaurants all owned by the Omakase Group; the others being Okane and Omakase. Even though considered to be a less impressive version of the other two, LSB comes through with their own unique dishes and excellent sourcing.

Live Sushi Bar is probably the least frequented restaurant of the trio, most days you could walk in for a seat with little wait. The staff is friendly and attentive, and the customers seem to mostly be locals out for the night. The location isn’t the best for those not in Portreo Hill, you might need to get lucky with the 10 bus.

We ordered a few dishes to scope the restaurant out, the best of those had to be the the Aji Tataki. The Aji Tataki, served in two courses: the raw sashimi of the Aji with some great sauces, and then the remainder of the fish, deep fried, to eat. The Yaki Ika, while looking delectable was quite boring of a taste. The roll, “The Roll” tasted very nice but was hampered by too much oil dripping from the tempura flakes. For the Sushi itself, sourcing was probably their best asset outside of knife talent. They claim to get their fish three times a week from Tsukiji in Japan. (Though, it’s probably Toyosu now since Tsukiji shut down) The nigiri that had come out were incredibly delicious. A highlight of this was the Santa Barbera Uni: smooth and buttery with the tinge of sweetness. As the name implies, this definitely wasn’t from Tsukiji, but was still sourced and served perfectly.

Being the third child is tough, but Live Sushi Bar serves it’s own audience with it’s own charm. I think personally I would visit Okane over here, but I would never say no to LSB if someone wanted to go. Especially if I’m in a “have enough for average-price sushi” budget range. 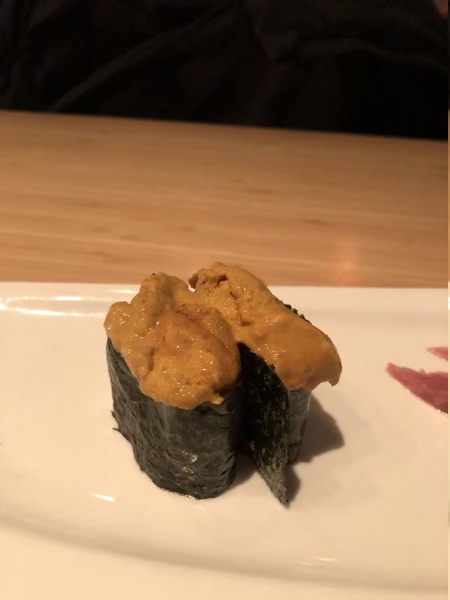 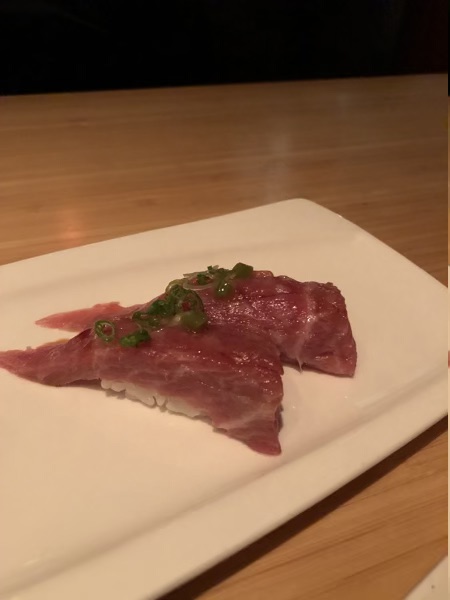 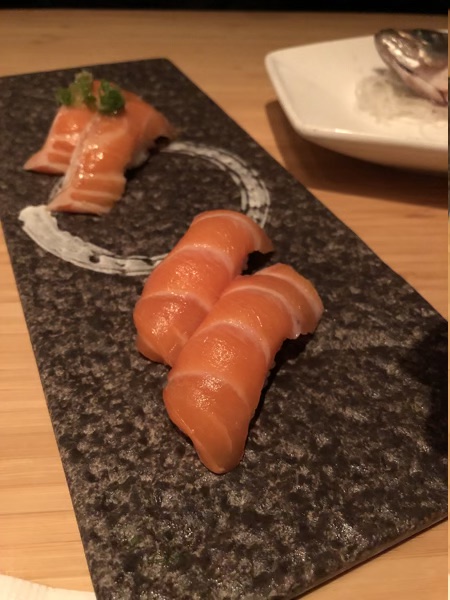 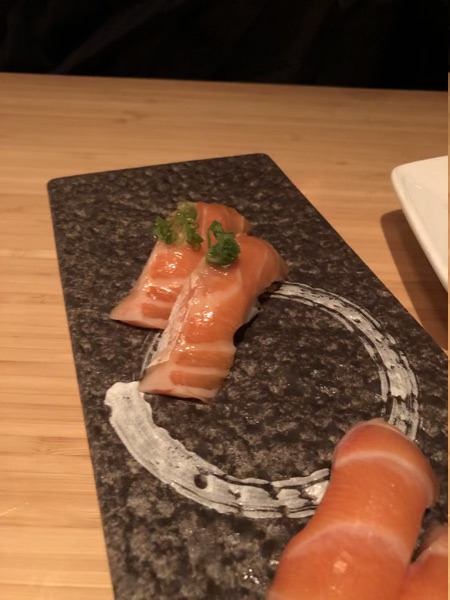